A recent study by the W.E. Upjohn Institute found the National Institute of Standards and Technology’s (NIST) Manufacturing Extension Partnership (MEP) Program generates a substantial economic and financial return of 14.5:1 for the $128 million annually invested by the federal government, according to a press release announcement made by the American Small Manufacturers Coalition press on May 1, 2018.

MEP Program Shows 14.5 to 1 Return to the Federal Treasury

(Washington D.C.) May 1, 2018 – A recent study by the W.E. Upjohn Institute found the National Institute of Standards and Technology’s (NIST) Manufacturing Extension Partnership (MEP) Program generates a substantial economic and financial return of 14.5:1 for the $128 million annually invested by the federal government.

The Manufacturing Extension Partnership (MEP) is a federal public-private partnership that provides small- and medium-sized manufacturers (SMMs) technology-based services they need to thrive in today’s economy and create well-paying manufacturing jobs. The MEP program is managed by NIST and the U.S. Department of Commerce and implemented through a network of centers located in every state. MEP centers are not-for-profit organizations that employ a network of more than 1,300 industry experts who work directly with manufacturers in the field to improve productivity and enhance competitiveness.

Using the national REMI® model, along with the results from the FY2017 NIST MEP client impact survey conducted by Fors Marsh, the W.E. Upjohn Institute for Employment Research study finds that economic returns are substantially higher than previously reported by the MEP program due to broader economic effects. Each year, an independent firm surveys manufacturers regarding the impact they have achieved from MEP Center services. In 2017, MEP clients reported $12.6 billion new and retained sales of which $3.5 billion is new sales providing an economic stimulus of 27 to 1 (based on the $128 million federal investment) and the creation or retention of more than 100,000 jobs. The Upjohn study reports that the $128 million invested in MEP during FY2017 generated a 14.5 to 1 increase in federal personal income tax ($1.86B/$128M federal investment). The study looked solely at personal income tax and not business taxes, and provides a conservative estimate of the return.

In addition, the Upjohn study finds more jobs were generated by the MEP program than directly reported by its clients. The study finds that more than 219,000 additional jobs existed in the U.S because of MEP center projects last year than would have without the program. This estimate includes direct, indirect, and induced jobs generated by MEP projects. These jobs support additional manufacturing jobs critical to U.S. supply chains and jobs outside of manufacturing. Lastly, the Upjohn study also examined additional areas of economic impact not previously reported by the MEP Program; personal income is $13.76 billion higher and GDP is $22.01 billion larger, translating to an increase of $1.86 billion in personal income tax revenue to the federal government than would be reported without the program.

Dave Boulay, PhD, President of the Illinois Manufacturing Excellence Center and Chair of the American Small Manufacturers Coalition states, “Manufacturing’s resurgence is strengthening and growing our local economies. The results of this report reinforce what manufacturers across the country that have used MEP already know – this program helps the competitiveness of our nation’s small and mid-sized manufacturers with a proven contribution to the Treasury.”

To view the study in its entirety, please visit: http://research.upjohn.org/reports/230/

The American Small Manufacturers Coalition (ASMC) is a trade association of manufacturing extension centers that work to improve the innovation and productivity of America’s manufacturing community. ASMC advocates for legislative and programmatic resources that allow our small manufacturing clients to better compete in the global marketplace. The Coalition and its members do this by increasing awareness of the importance of American small manufacturers, the challenges which they face, and the federal legislation and programs that affect them. www.smallmanufacturers.org

Get Support and Resources from the GENDEDGE Alliance 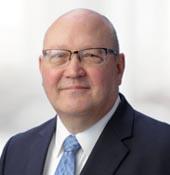 FOR IMMEDIATE RELEASE Hampton, Va. – Steve Holcomb has accepted the new position of Hampton Roads Regional Growth Manager. In this role, Steve will be responsible for supporting industrial development in the region by building and maintaining relationships with local and regional economic developers, industrial associations, the Port of Virginia,... 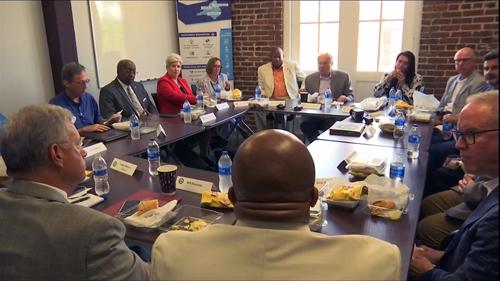 Missing from the map? Leaders debate whether to rebrand the [Hampton Roads] region – Virginia Business Article

Industries Section – April 26, 2018 By Elizabeth Cooper of Virginia Business > link to their online article (Note that GENEGE is mentioned under the “Reinvent Hampton Roads” section of this article.) “Thirty-five years after Southeastern Virginia branded itself Hampton Roads, the rallying cry has gone out for a new...