by Anne Kim, Senior Writer at the Washington Monthly

Walk into Michele’s Granola factory in Timonium, Maryland, and you smell the homey aromas of toasting oats, brown sugar and vanilla. The facility produces 2,500 pounds of granola a day in eight different flavors—from classic vanilla almond to more exotic varieties like pumpkin spice, lemon pistachio and ginger hemp. This granola is not the heavy, sticky mass-produced stuff you bought at the supermarket and find months later, congealed in a tub in the back of your pantry. It’s airy, light and practically crackles in your teeth.

“The granola has a very unique texture,” said company founder Michele Tsucalas. “We use just five to seven simple ingredients—nothing you wouldn’t find in your home kitchen.”

Tsucalas began baking her own granola more than a decade ago, experimenting at home as a weekend distraction from her day job as a nonprofit fundraiser. Once her recipe was perfected, she started selling her granola at farmers’ markets in northern Virginia and then at a food co-op in Maryland. Sales started catching fire, and today you can find Michele’s Granola in a dozen states, including at Whole Foods stores throughout the mid-Atlantic United States, and in Wegmans stores in the northeast. Since her first farmers’ market in 2006, Tsucalas’s business has grown from a one-woman concern operating out of leased space in a commercial kitchen to a sleek boutique business with 35 full-time workers.

But the secret to her success is more than a great product. Also instrumental was a little-known but decades-old government program—the Manufacturing Extension Partnership (MEP) program—aimed at helping small and medium-sized manufacturers like Michele’s Granola grow. It’s also on the chopping block in President Donald Trump’s proposed budget, one of dozens of programs the administration wants to kill.

While Trump has lately touted his efforts at job creation, including with a recent visit to Wisconsin to promote U.S. manufacturing, his plan to zero out the MEP program would eliminate one of the federal government’s best programs for achieving exactly that goal. It’s yet another example of how Trump’s actual economic policies fail to match—and even contradict—the president’s promises and rhetoric.

Created by the Omnibus Trade and Competitiveness Act of 1988, MEP was originally intended to goose the U.S. manufacturing industry, then feared to be losing ground to a rising Japan. Using both federal and state dollars, MEP centers were established in each state to help U.S. manufacturers—and small and medium-sized businesses in particular—become more efficient, innovative and produce better-quality products. Now administered by the National Institute of Standards and Technology at the Department of Commerce, MEP has since become one of the federal government’s most effective and cost-effective job creation programs.

In fiscal 2016, according to a study by the Upjohn Institute, the program created at least 142,381 jobs and brought $1.13 billion to the Treasury in net revenues through its work with small and medium-sized manufacturers. Since the federal government only provides about $130 million in funding every year, that’s a return on investment of nearly 9:1, according to Upjohn’s analysis. “The return on investment seems pretty good based on the dollars invested,” said Jim Robey, lead researcher on the Upjohn study. While some MEP centers are state agencies, as is the case in Virginia, others are independent nonprofits. In all instances, the centers are partly funded through state and federal grants and by the fees clients pay for MEP center services.

Nevertheless, Trump’s budget proposes eliminating the program, arguing that it is duplicative of services available in the private sector. Moreover, says the president’s budget blueprint, “critics have labeled the MEP program as ‘corporate welfare’ since it provides direct support to industry.”

The industries being supported, however, are small and mid-sized businesses who otherwise couldn’t afford the help. “You could go to a private sector consulting firm but they tend to be pretty expensive,” said Upjohn’s Robey. But because of the subsidy, MEP services can be one-third to one-fourth the cost of hiring gold-plated help from McKinsey.

In the case of Michele’s Granola, Maryland MEP help Tsucalas plan the expansion of her manufacturing operation from her former 3,000 square foot space to the 11,500 foot facility she runs today in a Timonium industrial and office park, just a few miles north of Baltimore.

“This space was just a shell—there was nothing in here,” said Tsucalas. “I had a general idea of workflow and what our operational needs are, but wanted to build it out specifically for the type of operation we were trying to scale.” Maryland MEP supplied Tsucalas—at a deeply discounted rate—with an industrial engineer, David Rizzardo, who helped her design her new space.

“He and I worked for months to design this facility,” Tsucalas said. “He used CAD designing software to actually lay out the space for us. He told us how much space we needed for things like walking aisles, where the sinks would go, where all of the walls would go, where we would put the equipment in and how we would divide the space.” Rizzardo also helped Tscucalas space comply with federal safety regulations and state licensing standards.

“It was all at an incredibly affordable rate,” said Tsucalas. “The alternative would have been to pay a private architect, but because of Dave’s experience in manufacturing operations specifically, I think we got a better result.”

Giant plastic buckets of oats, almonds and other ingredients sit in front of a super-sized Hobart mixer. Workers spread the mixed granola unto baking pans lining spotless stainless steel tables while another team is hand-labeling waxed brown paper bags with the company’s logo.

“In our old space, we had to stop making granola halfway through the day so we could turn the same space over into a packaging area,” Tsculas said. “Here, we set this space up so that we could make granola in the front, bake it in the middle and package it in the back. The product flows through the space.”

Tsucalas said the new design has both helped reduce costs and allowed her to expand. “We now have warehouse space so we can bring in truckload quantities of our ingredients and really save on costs,” she said. Dedicated space for baking and packaging also now means that she can hire full time staff specialized in these parts of the production process. “When we had to use the same space for baking and packaging, most people only had part-time opportunities because we didn’t have a full day’s worth of work,” said Tsucalas. “We were able to convert a lot of part-time jobs into full-time jobs when we moved to this facility.”

Since expanding her operation with Maryland MEP’s help two years ago, Tsucalas said she’s added 20 full time jobs and is set to exceed $3 million in revenues this year.

Nor is Tsucalas’s story unique among MEP clients. According to its latest annual report, the Maryland MEP—set up as independent nonprofit funded through both federal and state grants and client fees—worked with nearly 50 small and medium-sized companies in the state. Together, client companies reported increased sales of $7.4 million, new investments of $6.0 million and 352 created or retained jobs.

Likewise in Virginia, the state’s MEP agency—called GENEDGE—is currently working with 200 clients in the state. Executive Director Bill Donohue said that according to client surveys, the program has helped manufacturers create or retain 11,000 jobs since 2000 and generate $2 billion in additional sales. Yet the agency only receives about $1.7 million a year from the federal MEP program and only about another $1.1 million from the state.

Among the agency’s beneficiaries is Mikro Systems, Inc., based in Charlottesville, which manufactures high-tech components for jet engines, CT scanners and turbines used in power plants. Co-founder Jim Atkinson says GENEDGE helped the company streamline scale up its operations from the 12 employees it had in 2007 to the more than 90-employees it has today. Along the way, the company also agreed to license its manufacturing technology to Siemens Energy—on the condition that Siemens build its manufacturing facility in Charlottesville. That facility, said Donohue, now employs more than 70 people and manufactures components for turbine blades that are shipped around the world.

“I would say that we would be several years behind where we are now if we didn’t have GENEDGE helping us,” said Atkinson.

While former Democratic Sen. Fritz Hollings (SC) is widely considered to be the “father of MEP,” the program has enjoyed broad bipartisan support over the decades of its existence, said Matt Mullen, Senior Director of Public Policy and Strategic Engagement at the International Economic Development Council. “It’s a program that support manufacturing, and it’s really hard to be against that, particularly in this climate,” said Mullen. While Mullen said he understands why some critics of the program might want to reduce the federal government’s role in the program, ending it altogether is “frankly irresponsible.” “If you want to have a discussion about winding down the federal contribution, you can have that discussion, but going from funding it to not funding it is not good governance.”

Among other things, said GENEDGE’s Donohue, Virginia would have to change the legislation funding the state’s MEP program if federal support were to disappear. That’s because state funding under current law is contingent on a federal match.

It’s also unlikely that many states could make up the shortfall if federal funding is cut, said Mikro’s Atkinson, who also serves of the Board of Trustees for GENEDGE. “State budgets are severely stressed as it is,” he said. “I fear that if the federal money went away, the MEPs would go away or be cut so severely that they couldn’t have the scale of impact they do now.”

For Tsucalas, who says she continues to rely on the Maryland MEP for ongoing advice, the program has become her lifeline. Last summer, for example, she called the organization for help when her facility was getting too hot. “Our operation is so unique you can’t Google ‘how to cool a granola facility,’” she said. “[MEP] were the first people I called. I don’t know how we’re going to create jobs if we cut the support for the folks who are creating the jobs that are really going to expand the economy.”

Get Support and Resources from the GENDEDGE Alliance

MARTINSVILLE, Va. — GENEDGE received a $1 million multi-year award from the National Institute of Standards and Technology (NIST) for assistance in the Growth through MedAccred project. The award was issued by NIST in response to the Manufacturing Extension Partnership (MEP) Competitive Awards Program submission by GENEDGE. The request for... 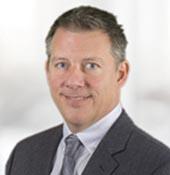 Martinsville, Va. — Jeff Shook has joined GENEDGE as a Project Manager with primary responsibility serving clients in the Shenandoah Valley. His office is located at Blue Ridge Community College’s Weyers Cave campus. Having worked at companies such as Pioneer Electronics, Monarch Marking Systems, and FMC Foodtech. Jeff brings over...